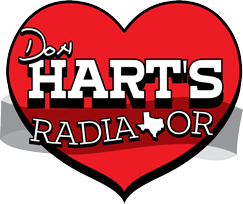 Over 100 years and 5 generations

For over 100 years the Harts have been a well-known name in the radiator industry. Dating back to 1922 when Maurice Hart, Sr. began working for his great uncles, the Echols Brothers. They were a blacksmith shop turned radiator repair center located in downtown Fort Worth opening in 1910. Maurice Hart, Sr. went on to open Auto Radiator Works in 1948 near downtown Houston.

Don Hart’s Radiator Service Center has expanded its service area over the past few years with satellite locations in East Houston to focus on the Texas Gulf market, Bryan and Austin with a focus on the Central Texas market.